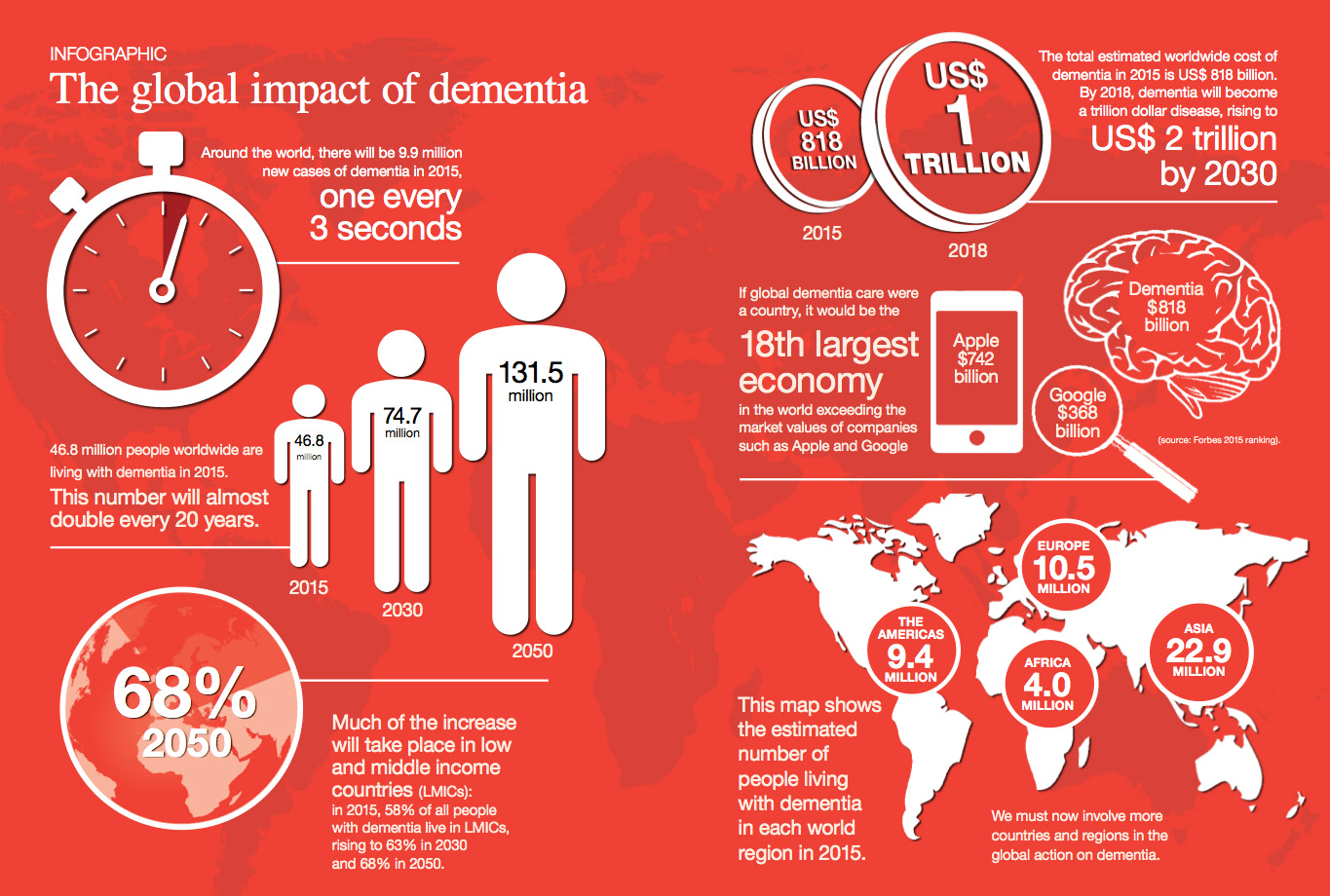 The fastest growth of the elderly population is presently taking place in China, India, and other regions of Southeast Asia

An estimated 5.5 million Americans are currently diagnosed with AD, and AD is the 6th leading cause of death in the U.S. (1 in 3 seniors dies of AD or another related dementia)

In the U.S. alone, introduction of a drug that delayed the onset of AD by 5 years would result in savings of $150 billion over the first 20 years of use

Therefore, due to the ever increasing size of the aging population globally, AD and other dementias are, and will continue to be a major socioeconomic concern tremendous unmet medical need worldwide

According to the Centers for Disease Control and Prevention, approximately 1.6 to 3.8 million sports-related concussions or mild traumatic brain injuries (mTBIs) occur annually in the US

TBI is the leading cause of mortality and morbidity in people under the age of 45 and contributes to 30.5% of the injury related deaths in the US

Recent estimates indicate that 10 to 20% of the 2.5 million US military service members deployed to Iraq and Afghanistan may be affected by TBI and the majority of these injuries are associated with blast exposure

The estimated annual cost of treatment for bTBI in the US is $2.5 billion

Repeated concussions or head trauma frequently leads to a neurodegenerative condition known as chronic traumatic encephalopathy (CTE) with professional athletes in contact sports, such as American football, ice hockey, soccer, wrestling, and boxing, and soldiers being the two populations at greatest risk for developing CTE

In a recent study conducted at the Department of Veterans Affairs’ brain repository in Bedford, MA, of the postmortem brain tissue of 128 former football players (i.e., professionals, semi-professionals, college and high school players), it was observed that 101 players tested positive for CTE.  In other words, 78.9% of all the football players and 96.2% of the former NFL players in the study suffered from the disease.